Loud As Folk was founded by Spike McGuire as a monthly songwriters showcase in Reno, NV, debuting on April 20th, 2011. Before long, the series was pulling punk-gone-folk crossovers like Kevin Seconds, Kepi Ghoulie, and Franz Nicolay (The Holdsteady), who all appeared at the 1 year anniversary.

With the help of Six Mile Station bandmate John Underwood, McGuire expanded the showcase and set sail as a touring revue in October of 2014. Taking the show on the road created an avenue towards an incredibly talented network. Performances included notable acts like Ian Cook (Larry And His Flask), Yotam Ben Horin (Useless ID), and Forest Pooky; who traveled all the way from France to hit the American road with Loud As Folk.

During a run of shows in April 2016, Spike and his longtime friend Greg Gilmore began dreaming of their own recording studio. After returning home, the pair pooled their resources and set up shop in the basement of The Potentialist Workshop (Reno based arts collective). That December, their recordings nabbed 2 spots in the Reno Gazette Journal year-end top 20 songs list.

Through 2019 growth continued in all directions, including the launch of Loud As Folk Radio Hour on 97.7FM KWNK and the live showcase moving into seated theaters and performing arts centers like Valhalla Boathouse Theater (Lake Tahoe, CA) and Piper’s Opera House (Virginia City, NV).

When the world came to a halt in 2020, McGuire and Gilmore (now LAF VP) refused to lose momentum. With venues closed worldwide it was the perfect time for the studio to shine. That September the Record Club was born.

Each month an artist is invited to record an exclusive session which is then made available to club members on CD, cassette, digital, and lathe cut clear vinyl. The first release was a 10 track compilation of songwriters from 4 states and 3 countries who had visited the studio over the years.

In less than six months, Spike and Greg had recorded sessions by songwriters from coast to coast, including San Francisco’s The Sam Chase and Vic Ruggiero (The Slackers) from NYC. Each release is accompanied with an in-studio music video made available to the public.

As venues began to reopen in 2021 the team worked diligently to bring live music back to the world as safely as possible. Beginning with the 10 year anniversary at Crystal Bay Club in Lake Tahoe, NV and continued by producing the Musicale at The Maizie series for Brewery Arts Center in Carson City, NV.

In 2022 monthly Loud As Folk showcases can be found every first Thursday at The Nevada Museum Of Art in Reno, NV.

It is anybody's guess which direction the organization will expand in next, but it can be certain that the aim remains dedicated to presenting true songwriters in their purest form, whether it be in a live setting or on a recording.

What the press has said: 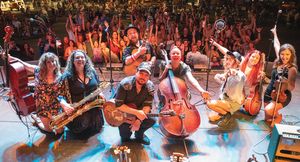 Ten years ago, Spike McGuire was looking for a way to bring artists and audiences together when he founded the Loud as… 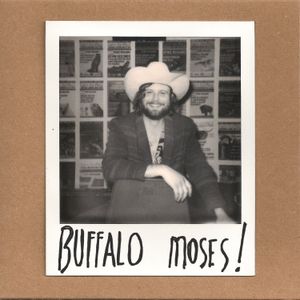 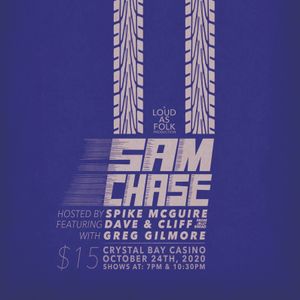 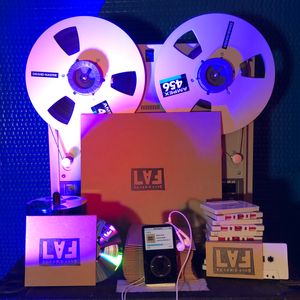 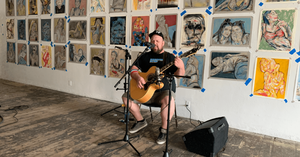 Downstairs in the Reno multidisciplinary art collective the Potentialist Workshop—underneath a theater, an art gallery, and an artist workshop—is the Loud As Folk studio… 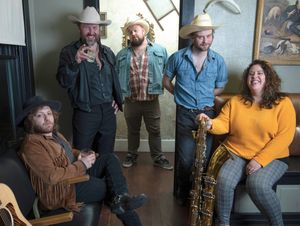 Every so often something comes into your peripheral, slides closer to center, then consumes you. The first time I heard of Loud As Folk was reading through the… 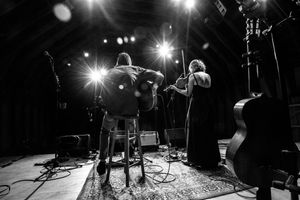 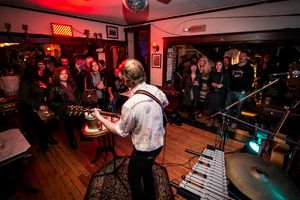 Tony Contini from Tahoe Onstage chronicled our 4 day festivity celebrating 8 years of Loud As Folk's monthly showcase. Check out the articles by following the links below.

LINK>> Spring has sprung: It’s Loud As Folk at… 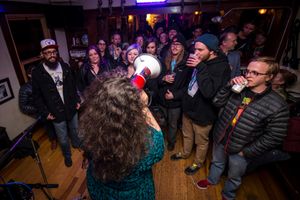 Tony Contini from Tahoe Onstage had some very kind things to say after the 4 days of festivities we threw to celebrate 7 years of Loud As Folk. Check out the articles by following the links below.

#9 Greg Gilmore - Who Am !?
"With an acoustic guitar-picking arrangement tastefully augmented by haunting violin and cello, and a voice quavering like Jack… 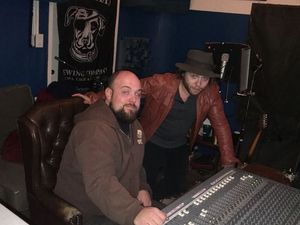